Dr. Diamond and his work, as seen through the writings of friends, colleagues, and students.

Jacqueline Fahey (b. 1929) is a distinguished New Zealand painter who got to know Dr. Diamond when he and Fahey’s psychiatrist husband, Fraser MacDonald, were colleagues in Melbourne in 1961. In the second volume of her autobiography, Before I Forget (Auckland: Auckland University Press, 2012), she offers a rare portrait of Dr. Diamond at the start of his career.

In the late 1960s and early 1970s, Dr. Diamond appeared in a number of murder trials as an expert witness for Frank Gallbally (1922-2005), one of Australia’s top defense lawyers. The collaboration between the two produced successful and original defenses, some of which made legal history. The remarkable case that began their association is described by Galbally in his autobiography Gallbally: The Autobiography of Australia’s Leading Criminal Lawyer (Penguin, 1989). 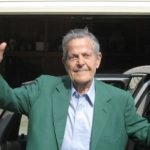 The pioneering developer of Applied Kinesiology, George Goodheart, D.C., (1918-2008) was from 1972 until his passing, Dr. Diamond’s close friend and professional colleague.

In his biography of the prominent left-wing Australian politician Jim Cairns, A Foolish, Passionate Man (Penguin, 1981), writer Paul Ormonde describes a remarkable series of interviews undertaken in 1968 by Dr. Diamond, then a psychiatrist in Melbourne, Australia, with Dr. Cairns, who a few years later was to rise to the rank of deputy Prime Minister. The interviews amount to what was up to that time, and perhaps since, a unique in-depth exploration of the inner psychological world of a leading politician. Their success is a testament both to the unusually honest and open nature of Cairns personality, and to Dr. Diamond’s approach as an interviewer, which is respectful, yet simultaneously highly probing of his subject.

Originally from Zimbabwe and for many years now based in the UK, “John” is a writer and financial advisor who has known, and been helped by, Dr. Diamond personally since 1989. In 2014 he published anonymously a remarkable memoir, Buffoon, in which Dr. Diamond is a central figure. 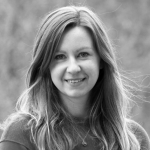 Georgia Pike-Rowney, B.A., Dip. Ed., Ph.D is a practitioner and researcher focused on the  uses of the arts to enhance health and wellbeing.  She is currently a Visiting Fellow at the Centre for Mental Health  Research at the Australian National University in Canberra, Australia and co-Director of the Music Engagement Program, also based in Canberra. Alongside her academic career, she is an actress, writer and  director, and provides specialized workshops to help performers,  teachers and students overcome stagefright. Dr. Pike-Rowney has known Dr. Diamond since childhood, and has been extensively trained by him in his approach.  In this short article, she pays tribute to Dr. Diamond and discusses the impact he has had on her life. 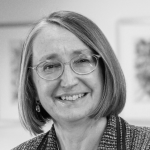 Susan West, B.Mus, M.Ed. Ph.D., is a leader in music education in Australia and long-term student of Dr. Diamond. Currently an adjunct professor at Charles Sturt University, she is a former Principal Flute with the Sydney Symphony Orchestra. In 1984 Susan was invited to Canberra to establish the Music Education Program at the Canberra School of Music. Her work with Dr. Diamond led to the transformation of the program by embedding altruistic sharing at the center of community and professional music making. The program has since affected the musical lives of tens of thousands of teachers, children, and community members. In this passage, she discusses a particular time when Dr. Diamond helped her reignite her love of music, which her professional training and experience had dimmed.

Bryan Hubbard is a successful publisher and journalist, and editor of the well-respected international complementary medicine magazine What Doctors Don’t Tell You (WDDTY), which he produces with his wife, bestselling author Lynne McTaggart.

A native New Englander from Massachusetts, Frank Davis is a retired professor of English who lives in the Hudson Valley of New York State. His interest in poetry was rekindled and nurtured by Dr. Diamond, whose student he became in the 1980s.