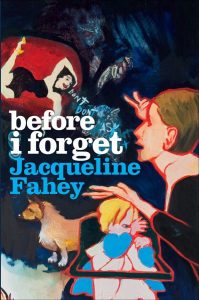 Jacqueline Fahey (b. 1929) is a distinguished New Zealand painter who got to know Dr. Diamond when he and Fahey’s psychiatrist husband, Fraser MacDonald, were colleagues in Melbourne in 1961. In the second volume of her autobiography, Before I Forget (Auckland: Auckland University Press, 2012), she offers a rare portrait of Dr. Diamond at the start of his career. Describing him as “born happy,” and “possessing boundless energy,” she notes:

“He was lovely. Tall, dark and handsome, he could have played the part of Anna Karenina’s horse-riding lover Vronsky… There certainly was something of the boy wonder about him, as if he envisioned endless possibilities in learning, dazzling discoveries to be made. Diamond was … a devotee of the arts, … literature and of music. Everything seemed to contain unlimited fodder for his own intellectual consumption.”

She recalls an early instance of Dr. Diamond’s researches:

“Diamond liked my paintings and though not yet a painter himself, he got involved in the production side…..[He] felt I should be taking advantage of the new paints that were apparently being developed for jet planes and space travel. That sounded interesting so off we went to find the forward-looking factory developing these paints. The assistant was most helpful and popped off the lids of two tins, praising the paint’s magic qualities. Something else, however, was going on here, as if we had indulged in smoking dope and were now feeling a small hit. Next came the smell, it was low-key but pervasive. Not of this earth.

I said, ‘A peculiar smell.’

The assistant said, ‘I can’t smell anything. When I come to think of it, not since I came to work here.’

Diamond was uneasy and, saying something about how we would be back, he hustled me out. When we got in the car, he said of course the assistant couldn’t smell anything. That stuff has destroyed his smell buds. What the fuck is it? He was indignant. ‘What about industrial medicine? They’re meant to be policing stuff like that.’

Then he went back to being a positive and amusing Diamond: ‘Hilarious, the tripping painters of the future, but not for you, lady, this is not for you.’

And that was the end of his research into contemporary paint experiments.”

Editor’s note: Actually, this is not so. More than half a century later Dr. Diamond still researches the best paint formulations to create his own Life Energy Art.