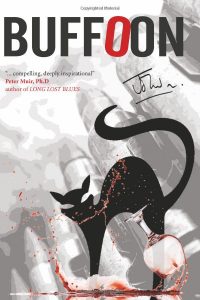 Originally from Zimbabwe and for many years now based in the UK, “John” is a writer and financial advisor who has known, and been helped by, Dr. Diamond personally since 1989. In 2014 he published anonymously a remarkable memoir, Buffoon, in which Dr. Diamond is a central figure. In this extract he introduces Dr. Diamond and his work to his readers.

“I’ve met four truly ‘brilliant’ people in my life but only one genius – and we are using the word in the classical sense, as in pertaining to the likes of Beethoven and Sir Isaac Newton…. This is the distinction – Brilliant emulates; Genius invents, it discovers, it CREATES PRODUCT – it pioneers with supreme artistry and technical skill in places that not only has nobody ever gone before but where nobody has ever even thought of going before. Think Thomas Edison. Think John Diamond.

He is a DOCTOR first and foremost: his role in the scheme of things is to combat illness, but in a unique way. If anybody has ever adhered to the philosophy ‘prevention is better than cure’, it’s him… He heals by locating the originating impulse of the illness and shutting it down. His skill and unique talent is in locating the source of the problem, which is located somewhere in the endless grey swirl that is the human mind because that is the starting point of nearly all non-viral/bacterial illness. It is this ability to find the root cause which demarcates his approach; independently of each other I have heard three doctors opine that he should receive the Nobel Prize for Medicine; a fourth said he should receive it three times over.

[H]e is among the top half-dozen intellectuals in the world, and …could run the faculties of any university in Philosophy, English Literature, the Humanities, Musicology, Poetry, Art, Sculpture, Etymology, Ethology, Anthropology and Classics. These are not even his core subject – Medicine is – and I’ve probably left off a few.”