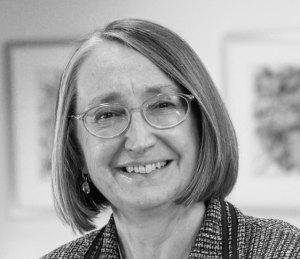 Susan West, B.Mus, M.Ed. Ph.D., is a leader in music education in Australia and long-term student of Dr. Diamond. Currently an adjunct professor at Charles Sturt University, she is a former Principal Flute with the Sydney Symphony Orchestra. In 1984 Susan was invited to Canberra to establish the Music Education Program  at the Canberra School of Music. Her work with Dr. Diamond led to the transformation of the program by embedding altruistic sharing at the center of community and professional music making. The program has since affected the musical lives of tens of thousands of teachers, children, and community members. In the passage below, she discusses a particular time when Dr. Diamond helped her reignite her love of music, which her professional training and experience had dimmed.

“One day Dr. Diamond asked me to sit at the piano and gave me a song to play while he played the drums. I am not a highly skilled piano player so I didn’t necessarily play what was on the page but made something up based on the chord chart. I was able to do some simple improvising when I had the chords in front of me, although I couldn’t play ‘by ear’ at all, being a highly competent orchestral reader. Suddenly, after I had played the piece just a couple of times while everyone sang, he got a fellow musician to whisk the music away. Immediately I stopped. I had no idea what to play without ‘the dots’ in front of me. No-one else stopped, however. Everyone else kept singing, Dr. Diamond kept playing the drums. There wasn’t much I could do except start up again.

The musician next to me called out the chords for a couple more rounds and then left me to it. I must have played that song, without stopping, about 45 times. By the end I could improvise a lot better than I could at the beginning and I had begun my journey to being a player who can play by ear.

But that was not the most important thing. I went home that night feeling something I didn’t understand or recognize; yet it was a feeling I also knew. Something in me was saying, ‘this is what I remember; this is what music used to feel like.’ When might that have been? Long, long ago, when I first took up the flute, when I first played in a little amateur orchestra playing a Gilbert & Sullivan musical conducted by my first flute teacher. And even further back. When I knelt on a hot water bottle filled with rags next to my invalid mother with bad knees while we washed the kitchen floor. And sang together. A feeling hard to describe, made up of equal parts great happiness and great peace; and absolutely no stress.

This is what music used to be, before, prompted by my great desire to be a musician, I allowed myself to be turned another way, to see another perspective, and then only that perspective: the perspective that says the right notes are what matters most. Until I forgot what the original view looked like, and felt like.

What Dr. Diamond gave me in one sense was not something new. He simply pointed me back towards a view that I had once had; the one that mattered; the one that made me want to be a musician in the first place. It was where I had begun, with my mother. Amidst a world of pain, my mother had shared with me the one thing that mattered most: her love of music; and, through it, her love for me.

I may never undo all the damage that was done to me through my professional training. What Dr. Diamond helped me to see was that damage had been done. I will have the scars always. By recognizing and showing those scars I can help others see their scars and recognize them too. Perhaps most importantly I can help children escape the scarring.

Interestingly my mother, who was not well educated and not particularly interested in new perspectives on life in general, was the person who most clearly saw what I had been given. After I had done an outreach concert for a retirement village near where she lived, she said to me, with tears in her eyes, ‘It’s so wonderful to see that you have your love of music back.’ She knew what it meant. She knew what she had given me. She knew what I had lost. And what I had found again. And she was glad.

My mother gave me the gift of music. John Diamond showed me where that first path lay, overgrown and hidden though it had become. Whatever else happens in my life, this one thing is, and will remain, true.”