“Why I Love Japan” 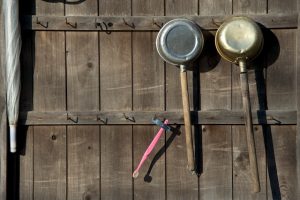 I was standing outside a Shingon Temple with my dear friend, Hak-san, my otouto-san (my little brother – he’s two months younger). With me, as always, my beloved Nikon-san – but I took no photographs. Too much, I cannot Feel its Thusness. Not subtle – not haiku.

Then I walked around to the side and became attracted, entranced, by the Vision of a broom leaning against the wall. I framed it just-so, sono-mama, enshrining it as an Instance – just as I Felt, as I Knew.

We met again a year later and, Hak-san smilingly bowing, presented me with a gift of a little broom. “I saw you take the photos.” He Knew.

That’s why I love Japan.