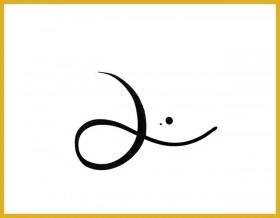 Many years ago, I worked in the back wards of a psychiatric hospital. These housed the high-security, dangerous, quasi-murderous patients, and the wards were kept locked. The inmates were often there with court certificates because they had beaten people up, and far worse. Before I worked on those wards, the doctors went in only when a flag was raised by the nurses to signal that it was safe. I decided that if it was safe enough for the nurses, it must be the same for the doctors. So I started going in frequently.

At that time, a new psychiatric drug came on the market. I sent for a male nurse who had been on the wards for many years, a very wise old European man, and suggested that we try out the new drug. He agreed, so I called the drug company and they sent me samples.

I had four hundred grossly disturbed patients. They would sit all day in a locked, concrete courtyard with no trees under the Australian sun, eating their own feces. It was unbelievable. When I read about the behavior of animals in zoos, I realized that it was exactly the same. The first thing an animal in a cage does is to walk round the perimeter. As it stays longer, it describes a figure eight, and the size of the eight gradually decreases until it is walking in a very small area. These patients acted just like the caged animals. And we now had the wonder drug that was going to cure them.

We performed tightly controlled, double-blind studies. I carried out all the interviews, I found all the charts, and I wrote down criteria. At the end of three months, I said to the nurse, “I’ve never liked drugs, but this really works. We’re getting some fantastic changes.” Then he said, “Doctor, we never gave them the drug.”

What was happening? These were patients who almost never saw the doctor. He had, by law, to make a semiannual two-line comment in their official histories. So every six months the doctor would come in and write these two lines. Now, suddenly, I was interviewing all these people, putting my energy into the whole set-up, and activating their energy. And they were starting to go home.

The hospital used to have a farm which had been closed down just after the war, in 1945. We still had patients who went out every morning to milk the (now imaginary) cows. Some of them had been there since the 1920s, and they were now starting to go home.

Other peculiar things happened. Churches started offering to take some of our patients on vacations. At Christmas time (summer in Australia) we had entire units empty when they went out on the boat.

Suddenly, the hospital itself became interested and began to allocate funds to these chronic patients—something that had never happened before. They promised we could take over a hall that had not been used for about thirty years. In this hall there was an entire room full of trusses, crutches, artificial legs and arms—it looked like part of a concentration camp. There were hard lumps of feces going back generations. We came in with the patients and cleaned it all up. In three days we had a therapy project running in the ward. 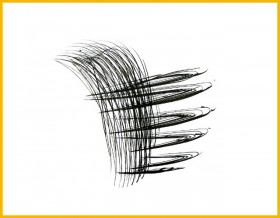 At that point—after we had demonstrated the energy, not before—someone donated a piano. And the patients started doing things that we had no idea they could do. One lady had been hospitalized for some years—a deteriorated schizophrenic whose husband was a typewriter repairman. At that time, a typewriter repairman hardly needed to be a genius. This woman, with about the same level of intelligence and background as her husband, over a period of time beginning the day the piano arrived, played all thirty-two Beethoven sonatas in order.

A man who had not spoken for fifteen years started to play the piano as well. He began to talk as he played. Then he started to talk when he was not playing. He told us what the North Koreans had done to him. Then he went home and never came back—cured.

All these things happened because energy was being put into the hospital, Life Energy. It was not the drug, obviously. We had activated the patients’ hope.

Doctors today cannot give patients hope. If I say to you, “You know, I can get you better,” and I do not, you sue me. It is a very different world. Now, if something is wrong with you, I have to tell you that you could die from it—taking away all your hope in order to protect myself. Today we could not do what we accomplished then.

Unfortunately, when I left that hospital most of the improvement stopped. It had been my energy acting as a catalyst for four hundred patients and the hospital administration. We started the occupational therapy scheme, the piano, and the vacations. But it regressed as soon as I left. Just like sand: you push it away, and when you turn round, it falls straight back. If it is not bunkered, it does not stay.

When I returned to that same hospital eighteen years later, however, the changes were unbelievable. All the wards were open. There was grass everywhere. There was even a unit for teenagers. I doubt that anyone, including the doctors and the staff, knew what used to go on in those wards—the years and years of misery. Only the stones know.

Ultimately, this whole change started because we put our energy into it. Everyone pushed, adding his energy. The patients became involved. And that is my point. It is not what we do for or to someone else. It is what he does for himself. We can be the catalysts for the reactivation of his Life Energy. Once it gets going, the potential is unlimited.