“The Japanese Mother and the Law of Harmonious Flow” 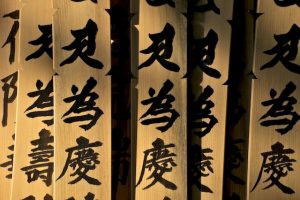 Richard Storry writes of the “devoted attention given, throughout its waking hours, to the Japanese child by the mother,” noting that “the conscious and unconscious Japanese memory of childhood in Arcadia depends surely on the constant proximity, concern, and availability of the mother.”[1]

This I have seen – and admired – many times in Japan, and certainly less elsewhere. In restaurants, trains, shops, streets and homes. The mother seems to move in, live in two simultaneous worlds. Flowing freely, ungrudgingly, unabusedly, between them. Talking animatedly to friends and then turning lovingly – time and again – to tend to her child who seems to know she is always there for him.

One time many years ago I sat for more than two hours in a restaurant in Toyko, watching her live at peace, openly loving, in her two worlds. The easy flow between her and her loved one.

Kurt Singer wrote that a characteristic of Japanese life was The Law of Harmonious Flow.[2] This must commence with the easy flow of love between the mother and her child.

So often with a sufferer I wonder would they need to see me if they had had such a mother: the mother of harmonious flow between the two worlds.