“The Etymology of ‘Soul'” 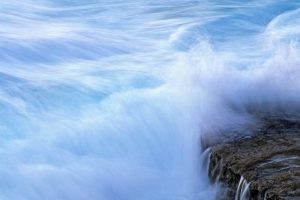 I find it puzzling that no deep etymology has been found for our word soul, “the spiritual part of a person.” It first appears in Old English as sawol about 725.

But from where did it come? We don’t know.

It is related to Old High German séula (hence modern German seele, and Gothic saiwala (related to saiws sea, lake), from Proto-Germanic saiwado, meaning “coming from the sea, belonging to the sea.”[1]

I am reminded of Ecclesiasticus:

For my thoughts are filled from the sea
and my counsels from the great deep.

And I came out as a stream from a river,
…
And lo, my stream became a river
and my river became a sea.[2]

Sea – Soul,
my Soul
from the Great Deep.

[2] Ecclesiasticus xxiv. The version quoted here is the paraphrase found in Charles Villiers Stanford’s “A Song of Wisdom,” the sixth of his Bible Songs, op. 113.