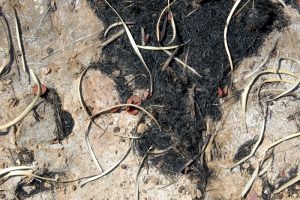 The Japanese Buddhist sect of Tendai that originated in China as T’ien-tai, was brought to Japan by Saicho (767-822). Its central thesis is “the notion that the absolute is inherent in all phenomena, and that each separate phenomenon is but one manifestation of an unchanging reality.”*

To See, to Feel, to Know every creature, tree and rock – everyone and everything, everywhere – as an Instance of the Great Spirit.

Whatever little I may have Learned from Tendai I hope to bring to my work. Perhaps most readily to my photographing: to enshrine a twig as an Instance already so enshrined. Perhaps at times, dare I say, to worship it as It.

To be true to Saicho, to Tendai.