“My Work: To Reveal the Ordinary as Instances” 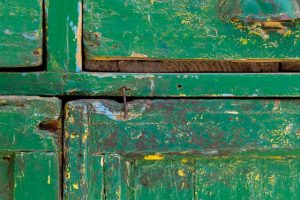 I have long felt very close to the poetry of Po Chu’i (778-846), the most popular poet of the T’ang dynasty, the great age of Chinese poetry.

Burton Watson writes of his “rapt appreciation of the ordinary,” which profoundly influenced not only the poets of China but also of Korea and Japan – including, I believe, the haiku poets.

I often think of him when photographing, when I certainly do pay rapt attention to the ordinary – the rust, the peeling plaster, the “junk”, the “rubbish” – the ordinary.

Just yesterday in some back alleys in Adelaide I made over a hundred photographs of the timber – mostly old, even rotting – protecting the brick walls. Perhaps nobody else has ever Seen them, now each enshrined – Garry Winogrand would say “immortalized” – in my Nikon.

I See, I Sense, I Feel, their special Beauty – the Higher Order manifested in the apparently so ordinary. That’s my work: to reveal the ordinary as Instances of the Higher Order. As I Felt – as I Knew – with all the so disordered patients in the back wards of the mental hospital.

I did not ignore them, as the passers-by do to the ordinary, but – as best I could – I gave them my “rapt appreciation.”

“Why do you spend so much time with them in the back wards?,” my colleagues would ask. As yesterday I was asked about photographing the “junk.”

“Please See them as Instances – of the Higher Order apparently as the ordinary.” But I remain silent, hoping my photographs will speak for me.

As Po Chu’i’s poems speak to me.