My first patient, a married woman in her mid-thirties, was an inpatient in a neurosurgery ward. She had been suffering from severe headaches for many years. The neurosurgeon, though academically brilliant, seemed to have an unsympathetic attitude and was subjecting her to a number of painful procedures, which included pneumoencephalograms, blood tests, cerebral arteriography, X-rays, lumbar punctures, and so on. There was even talk of exploratory brain surgery—surgery for what seemed to me in my medically naïve state, and to most of the other doctors, a psychological problem requiring psychological treatment.

There seemed to be no reason why this particular woman, of all the thousands of patients with chronic headache, should have been admitted and placed in the hands of a neurosurgeon for detailed extensive investigation, especially since the preliminary findings had all been negative. 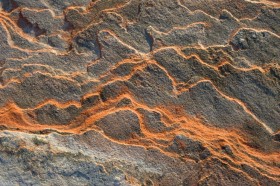 One evening I sat down with her and asked in a rather blunt, undiplomatic manner, “What difficulties do you have at home?” She gave a deep sigh and said, “Well, doctor, the whole problem is that my husband’s a sitter.” I asked what she meant. She replied, “When we first got married, he used to take me out dancing, which I love. We used to go out a lot, and we had a great time. Now he comes home and says how tired he is, has his dinner, sits in the recliner, puts his feet up, reads the paper, and before you know it, he’s asleep. And that’s all the life I have. I’m bored.”

Being young and inexperienced, I was at a loss to know what to do with this information. Here was the probable basis for her headaches! All the physical investigations in the world were not going to help her because the problem lay in her mind, not in her brain.

She had told me (with minimal interview technique on my part) what her understanding of the problem was. I had looked through the keyhole—what was I to do with what I had seen? I felt the need to do something, to make a profound statement, because, after all, I was a doctor in my brand new, stiffly starched white coat. I had to perform.

Television had been introduced into Australia a short time before this, and so I raced in where any sensible psychiatrist may have hesitated and said, “Why don’t you buy a television set? Then you and your husband could both sit together in the evenings. Who knows, it might bring you closer together.” (Little did I suspect what television would do in the next decades to push married couples apart.)

At this point I did not work on her unconscious reasons for their dilemma, nor on his. She had given me a problem and I was trying to solve it. Suddenly she clasped her hands and exclaimed, “Doctor, I think that’s the answer. Thank you very much.” And I walked away feeling like a real doctor.

The headaches disappeared very quickly. In fact, her entire personality seemed to change. The neurosurgeon discharged her within a few days without any further investigation. And I presumed that was the last I would see of the case. My first cure. And furthermore, I had saved her from the neurosurgeon—a double cure.

A few months later I was walking through the large entrance hall of the hospital, and I heard my name called out loudly and excitedly from the other side of the lobby. I looked up and there she was, hurrying over to me. She took my hand, shook it, and said, “Doctor, I want to thank you so much for the advice you gave me about the television set. I haven’t had a headache since then. And do you know what? It’s really fixed my problems. My husband watches television with me in the evening and the man next door comes in and watches it with me during the day. I’m so very happy!” 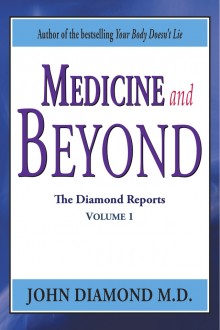