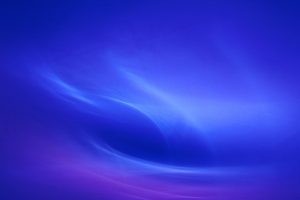 When we sing a melody using just pure vowels instead of the given words, our Life Energy, and that of any listener, is greatly enhanced. For then the experience becomes metaverbal.

“A vowel sound is always the expression of some aspect of the feeling life of the soul… You will feel if you pronounce a vowel sound, that you are giving expression to something coming from the inmost depths of your own being. Every vowel … is bound up with an expression of the soul.”

St. Augustine, in his commentary on Psalm 32, tells his reader not to “look for words that you may be able to explain how God is pleased: [instead,] sing a ‘Jubilation,’” inspired by “the realization that words cannot express the inner music of the heart.” A jubilation is literally an outburst of joy. Augustine adds:

“For those who sing in the harvest field, a vineyard, or in work deeply occupying the attention, when they are overcome with joy at the words of the song, being filled with such exultation, the words fail to express their emotion, so, leaving the syllables of the words, they drop into vowel sounds – the vowel sounds signifying that the heart is yearning to express what the tongue cannot utter.”*

So a Jubilation is a free, uncomposed, wordless song of the joy of love. It is the mother’s True Lullaby.

So it is, ever hoping, that I always sing the start and the end of my meditation with an attempt at jubilation: