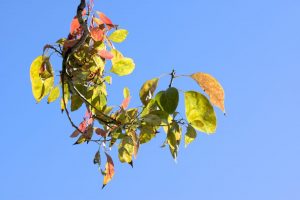 I have long admired, been so inspired by, Juan Mascaro’s translations of the Bhagavad Gita, the Upanishads and the Dhammapada. In many ways, even more than the Works themselves by his Introductions. Now – unfortunately – discarded by Penguin Classics!

I wrote to his widow who very kindly sent me a little booklet of his, “A Star from the East, An Appreciation of the Bhagavad Gita.” As a tribute to him, to his love of Mankind, here are some quotations from it.

What is the central idea of the Upanishads? It is an affirmation, the supreme affirmation of a Spirit in the universe abiding in man as the very essence of his consciousness and life.

Bhakti, love, is the bond of union between man and his God.

…the Krishna of the Bhagavad Gita lives all the time in the borderland of spiritual mystery. He affirms that the Eternal in man and the Eternal in the universe are one, that Atman and Brahman are one.

Dear Juan Mascaro, I Know that the Light shone from your heart – into ours.