“I Always Knew You” 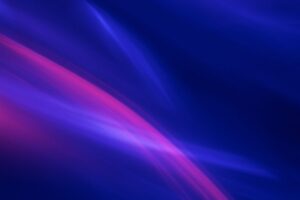 I woke up this morning singing the last line of the traditional ballad “Johnny, I Hardly Knew Ye” but the words changed to “Mummy, I hardly knew you.” And that, tragically, is so true.

I didn’t even know her real name, Dore not Doris, until I read her birth certificate – after she had died. Nor did I learn until then where she was born, 250 Lygon St., Carlton, Victoria – whereas I always believed it was in Adelaide!

Apart from a few stories her mother told me about her I know nothing of her childhood or adolescence. Nothing. I did know where she lived in Sydney – “Donna Ravera” on Lamrock Ave., Bondi.

That’s about all of her life before meeting my father – and only a quick glimpse of that, and about nothing of their life afterwards.

There is a wonderful photograph of her when, I suppose, her late teens. But just the silent photograph.

What about all our years together – and then all those years after I left home: Who was she?? What really was she doing?? How did she see me and us?

Only at her end, allegedly deep in Alzheimer’s, did I finally See her – her Inner Self, her Soul. Then – at last Her.

Mummy, I hardly knew you. Until then – when at last, I believe, I did. And much more since – a sense, a Feeling, of Who you were. If only I had Known earlier. But it was not to be our Way.

So I sang “Mummy, I hardly Knew you.”

And then,
“Johnny, I always Knew you.”

Yes, you always did. And that’s what increasingly I’m getting to Know about you. Thank you.