“Hearing the Composer’s Soul, Not the Music” 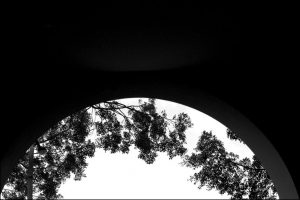 A sufferer presents me with his life problems. And it’s my role – as best I can – to go through that superficial presentation to his deep, deep Self – to his Soul. And, hopefully, to then guide him There – for only there will he at last find Peace and Belovedness.

As I listen to the music of Beethoven, Brahms and so many others, and I similarly sense their life problems, their alienation from their Souls: Beethoven from his, Tchaikovsky from his. And also their interpreter’s: Fürtwangler’s from Beethoven’s and his own. (The interpreter has this double task.)

I can’t help them, per se (I wish I could have in life) – but I do believe that any help will somehow resonate somewhere, perhaps with living performers. And also with their listeners.

Their work – like mine – is not to be passive but active, extremely so. Right to its present source, live or recorded. Go into it – deeply. Hear what their Souls yearned to express, to give to us – if only…..

Well, we are now the only: we want, we desire, we need, not just the music but its Source, its Soul. I desire to Hear, to Feel, to Know not the ninth symphony per se but Beethoven. Not the Beethoven of Vienna – but of all the world and Beyond, to Wherever the Source of his Inspiration.

I yearn to Hear through him, and Fürtwangler, the Song Celestial as Given to him – but not quite Heard by him. (Who in Vienna then would have listened, anyway?)

A poem, a painting – it’s the same problem: the Soul only somewhat expressed – through a glass darkly.

I do believe the more I listen to Hear Beethoven’s Soul, the more Beloved “he” feels, and with “his” more heightened Life Energy the more he can now give – perhaps as “he” rarely has done. I’m asking, encouraging, not the ninth symphony – but the soul of its creator.

In my mind right now (perhaps in my Soul) I am Hearing the first movement of the famous Fürtwangler Bayreuth performance of the Ninth. But More: his Soul as the Ninth.

And every sufferer has their Ninth – their own. I listen and I feel for his Soul. And I hope he will too.

It doesn’t matter what work of what composer – do it with them all. Now I’m hearing the adagio of the Ninth – and now the finale of Brahms’ Second.

It – the Soul – is There with every act of Creativity. Feel It and love It for what It Aspired to Be.