“Empathy, Sympathy, and a Broken Relationship” 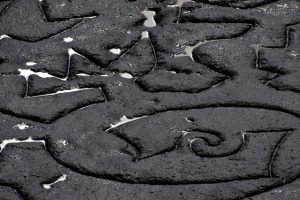 How much
do you feel
your other
is feeling?

They were only together a short time when she became pregnant. Here they are six years later with a boy of whom they are both so proud – and very deservedly so.

However two years after his birth they separated and only recently have returned. Both with recriminations.

Within a few minutes with her – tuning in – I sense her major problem. To do with the birth. Caesarian? No.

Episiotomy? Yes! A middle of the night emergency. The baby’s heart suddenly stopped – cord around his neck. The doctor immediately cut her open – widely. Then a vacuum delivery and he was saved.

But what of her? For two years after – no sex. Hence he left.

As I often see after an episiotomy, she felt, for want of a better word, castrated. And further more, she confides that she has never felt right there – especially as there is “loose skin inside.” I suppose from a hasty repair.

She never told him of her feelings – and he never felt to ask.

Why did he never feel what she is always feeling?

That’s the real problem in their relationship. He has no empathy for her.

Empathy is defined as “a vicarious identification with and understanding of another’s feelings.”

I suppose I had empathy for her which drew me so quickly to her problem.

Much less than, but similar to, what she always has for their child.

Sympathy is quite different: “a capacity for sharing in the suffering of another.”

A sympathetic doctor would cry with the patient!

But he must be empathetic. For only then can he have compassion: “deep awareness of the suffering of another and the wish to alleviate it.”

It is this that distinguishes the healer from the treater.

What to do for this couple? Especially as I believe she already felt his lack of empathy which is why in those two years she didn’t confide in him.

The place to start will be – if possible – to help him to empathize. With the basic other – his mother.