“A Tribute to Dr. Louis Cholden” 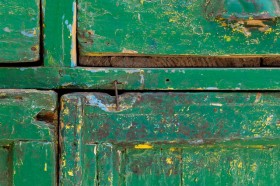 Louis Cholden died at the age of thirty-eight in an automobile accident. He had been on his way to moderate a panel of the 1956 convention of the American Psychiatric Association. The loss was ours, as he would have become one of the greatest leaders in psychiatry and psychoanalysis. His writings are among the mere handful in the field that truly proclaim love.[1]

I first became aware of him several years after his death through the film Out of Darkness, which was originally a television program aired in 1956. It showed Cholden working with an autistic schizophrenic. I was overwhelmed by his approach. By this time I had come across over two hundred psychiatrists, and there had not been one among them whom I wanted to emulate.

Cholden was the first psychiatrist I had ever encountered who truly loved his patients and loved what he was doing. I cannot remember what he looked like. I cannot even remember what he did. But I can still feel his concern and his love, and the sense of grace that he conveyed.

I searched for writings of his and came across a paper, “Observations on Psychotherapy of Schizophrenia.” These few pages changed my life. I had the last page typed out and copied—in those days there were no photocopiers— for my psychiatry students. I referred to it constantly. It was the touchstone of all my teaching.

Over the years, Louis Cholden gradually slipped from my mind, and I forgot about him until one day when I came across this paper again. I was startled to realize how many of his ideas I had incorporated (or rather, had tried to incorporate) into my own work. It occurred to me how much his writings, his words, his thoughts, his feelings, and his very self had become part of me. We had been joined together in some way for a long time—throughout nearly all of my professional career.

When this dawned on me I became quite disturbed and even disorientated, but not in a negative sense. It was rather like thinking you are alone in a darkened room and suddenly realizing that your beloved wife is sitting quietly beside you, looking at you lovingly.

Suddenly I knew that he had been with me all along. I knew that I had to disclaim the originality of some of my thoughts—they were really his—but that did not matter. I was glad to welcome and acknowledge him. It was as if he had been my older brother throughout my professional life, and yet we had never met. In fact, he had died before my career even started.

Here is part of the last page of Cholden’s writing, the declaration that I used to give to all my students. I hope that he may help you as he has helped me, that he may also become your older brother. 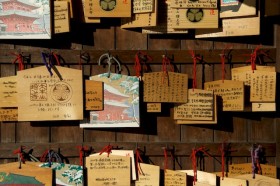 All of nature points to the fact that there is a drive toward integration in each living organism, an inherent force which strives toward the organization of the being. It might be called an integration factor. Its purpose is directed to the optimal utilization of every function. It is the drive for the organism to obtain its highest potentiality. This integration factor is implied in the present concepts of self-realization and the synthetic function of the ego. It says that human nature contains a drive toward health, toward the opposite of psychosis, which has been called a “reaction to disintegrative threat.”

The therapist must constantly keep in mind— medicus curat, natura sanat, the doctor looks after, nature heals—that he is not curing a disease. Rather he is creating an environment of safety, trust in people and faith in living, which allows the natural forces of health within his patient to flourish. He is allowing hope to rise for future relationships, by comfort in the therapeutic relationship. The silent hour may accomplish this better than one filled with brilliant interpretations.

The aspiration is toward a resolution of the intrapsychic conflict which has resulted in the distortion of sensory and ideational data offered to the ego by the patient’s cognitive apparatus—the schizophrenic reaction.[2] There can be no dicta to the doctor for accomplishing this movement toward safety and health. There can only be the awareness of his position in the life space of his patient and the humility of being an accessory in the service of nature’s healing forces.

The belief that such an integrative factor exists in our patients changes the focus of our therapeutic efforts; for we then concentrate on trying to release this forceful ally toward integration. We should recognize it as our only ally in the battle for more effective living in our schizophrenic patients. If we felt the drive to develop, the desire to become independent, and the inner need to attain maximal fulfillment, at least one other aspect of our work would change. We would look more carefully at our patient’s assets, instead of so carefully studying his defects. We could more freely focus our attention on the forces which block the utilization of this drive.

If the therapist makes some moment of life hold enough safety for the patient, the integrative factor can operate; however, the therapist must believe that there is such a life force.[3] 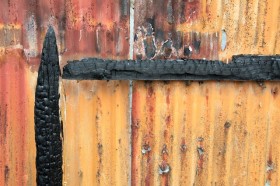 This must have been the first time that I came across the phrase “life force.” I had forgotten having read it in Cholden’s work. I called it “Life Energy,” but it is the same thing.

I have tried increasingly over the years to concentrate not on the patient’s disease, not on what he cannot do, but on what he can do. His salvation lies in his strengths. As Cholden wrote, “We would look more carefully at our patient’s assets, instead of so carefully studying his defects.”

I believe that my work involves the freeing up of Life Energy through the release of inhibitions, the overcoming of those factors that block the patient’s unrestrained, wholehearted, loving creativity. This is also from Cholden: “We could more freely focus our attention on the forces which block the utilization of this drive.”

I had forgotten that it was from him I learned medicus curat, natura sanat, that the Healing Power of life and love is within us.

There seems no doubt to me that the very basis of my philosophy is his. In many respects I am different from Louis Cholden, and I certainly carry out his precepts (or what I believe to be his precepts) in a way that is very different from his—or from what his might be now if he were still alive. But that does not matter at all.

Cholden passed on to me what I believe is a most important concept of life and healing as it had been passed to him, and as I hope to pass it on to you. It was not his, it is not mine, and it is not yours. It just exists.

[1] See, for example, the unfortunately small book of his selected papers, A Psychiatrist Works with Blindness (New York: American Foundation for the Blind, 1972).

[2] Although Cholden is writing about schizophrenia, you may substitute any illness, any disease. The diagnosis is totally irrelevant.