“A Commentary on Psychosomatic Medicine” 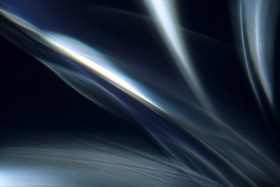 Psychosomatic diseases do not exist. Nor do physical diseases, nor do mental diseases. They are fine for putting on insurance forms or for creating so-called medical specialties, but they don’t really exist. There is no diabetes. But there is a person whose whole self is malfunctioning in a particular way which manifests itself with certain characteristic which we, in our left-brain society, tend to group together and give the name of an illness. This works well when we are talking about machines, but we don’t break down because a part fails. Nor can we ever be truly repaired by replacing a fanbelt. When a living creature is malfunctioning, all of him is malfunctioning.

A so-called disease is but a pattern. A sensation in the chest coming on with exertion, and a particular type of electrical patterning of the activity of the heart and certain change in what we call the biochemistry of the individual, may lead to the diagnosis of “heart disease” if we wish to think of the person in purely mechanical terms.

Who can ever establish when a physical disease really started? Was it with the first change in electrical activity, was it with the first symptom of pain in the chest, or was it when subtle biochemical changes occurred or when there were subtle pathological changes in the blood vessels of the heart, perhaps many years before the patient ever had a complaint? Psychosomatic medicine was an attempt to look beyond the physical.

With every so-called physical illness there will be a mental component. Also there is what has been called a somato-psychic component in every mental illness. There will be physical changes – biochemical, physiological, structural – in mental illness. And when did they start? What about the biochemical changes, the brain allergy problems, the nutritional imbalances, the structural imbalances, and so forth which we always see in schizophrenia? Did they precede the first, mental symptoms, the first signs of illness, or did they occur after them, or concurrently? Who knows? But how can we say that schizophrenia is a mental illness, and how can we say that heart disease is a physical illness? There are no illnesses. There are only people, and what we call an illness is but the last stage of a pattern of malfunctioning which has existed since early life. 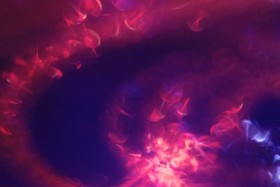 To try to fractionate the totality of this person is really a futile and dehumanizing exercise. Even to try to separate what is mind, body, and spirit is itself of little real value. We are total, we are one. If I break up a painting into little pieces, I learn nothing of the totality, nothing of the creation. All I learn is about paint. And if I break up a person into little pieces to analyze him, all I learn is what we call cells and biochemistry. I don’t learn about him. Our left-brain compulsion is to break down, to reduce man to cents worth of iron and copper and calcium and the like and then to say that he is worth $2.49. It makes no recognition of the person. A doctor would not wish to be regarded that way himself – as if all his loves and aspirations and desires, all of his being, could be summed up with a number or with a word – and yet that is what he does every day to is patients. There is always the drive, the urge pounded into him at medical school to make a diagnosis, to come up with a name. “If you can name it you can cure it.” This lead to a left-brain diagnosis, a diagnosis based only on some finding on a computerized checklist, or of chemicals in his blood or urine. This is half-brain diagnosis and it leads to half-brain treatment.

The doctor must feel and know the total person in his total environment. ‘This is an enormous task, an incredibly difficult task. But it is the reality. Patients are not television sets, they are not going to be repaired in a simple, easy way. We are incredibly complex and subtle totalities, and this is the only way that we can be truly helped. We must recognize that everything that we ever do affects us, that everything that occurs inside and outside us affects all of us. Diseases are recognizable patterns, but they are never the whole picture.

When I look at a tree, I see an entity of great beauty. But no tree has ever grown into the perfect shape that was programmed in its seed. It has never received the perfect nutrition from the soil. It has been shaped by the forces of the wind around it. It has been affected by the trees around it, by the harshness of the winters and the dryness of the summers to which it has been exposed. It has been affected by the animals around it and by its relationships to the birds and the squirrels and the insects, and possibly to other factors of which we know very little, such as the magnetic field of the earth, the ionization of the air, the pollutants in the air, and so forth. When I look at this tree I am able to feel and experience what it would have been had it been able to grow perfectly, as the picture on the seed packet shows. And I also see it as it is today, having been subjected throughout its life to positive and negative shaping forces – and most of all, its relationship to the sun.

We recognize that the tree exists in a delicate balance with nature. If something goes wrong with it, if it loses its leaves or becomes infested, we know that the balance has been lost. The tree’s vitality is reduced and the insects take over. Very little is achieved by saying that this is a disease of the cambium of the tree or the like. It must be recognized that something is amiss in the tree’s total existence. And when we view a patient as having something wrong with his liver, or something wrong with his mind, it is the same. The psychosomatic concept was a way of saying that his mind could affect his liver and his liver could affect his mind, but neither of them is the totality of the experience. We are so much more than an accumulation of organs and nerves and mental structure. When the doctor recognizes this, he can truly understand and assist us. This can occur only when he understands himself in the same way.