“What I Have Learned from Owen Potts” 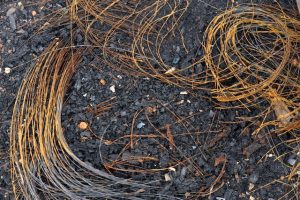 I have been asked what I have learned most from all my sessions with the great psychic medium Owen Potts.

Well, firstly that there is, in a sense, life after death. It is not we that survive, but the spirit that has been within us from conception in this particular incarnation. Not me – but the spirit within me.

And further that this Spirit World guides every single action, and every thought and feeling. The guiding spirits being agents of their Guide, all according to the Karmic Plan.

And then, more personally, a growing sense of humility (of course, also guided). All that I’ve done in my life of which I’ve been so boastful, so proud, so arrogant (literally, without asking) was done not by me, but through me. Humble I’ve never been – but I’m being guided to be. So it would seem.

And further: “I am of Mother Earth, I am of Demeter.”

And this and so much more I have learned from many guides, but especially from my mother’s spirit ever-guiding, as Guided.

But what of the tragedies that befall us in life? What Aristotle called hamartia, the very tearing apart of the fabric of our existence? They too are guided as Guided, part of the particular Karmic Plan for each of us.

And it does seem that with increasing awareness of the Spirit World there can be not only acceptance of the Plan, but enlightenment, Aristotle’s anagnorisis.

All is guided by Other Power (Tariki) – including our proud belief in self-power (jiriki).

I suppose what I have learned is some surrender of jiriki, becoming a little more aware of Demeter – and of my mother as Her.