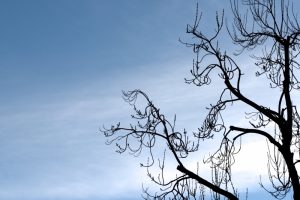 When I grew up, the trams in Sydney were double-ended, the unoccupied driver’s compartment at the rear.

One morning three of us medical students – Kurt Wolf, older, worldly-wise, Morrie Rosenberg and me – were in a car behind a tram with a view of the rear compartment. In it we could see a couple – also medical students we knew.

And were they ever billing and cooing!

“Gee! Look at them! In the back of a tram!,” exclaimed Morrie.

Well, that was sixty years ago. The trams are long gone – but Doctors Ron and Susie are, I hear, still songbirds.