“Quickening: The Awareness of the Spirit Within” 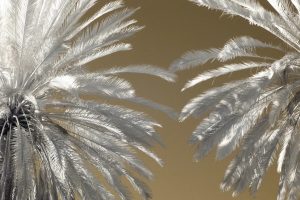 To quicken: to give life, to vivify.

The anthropologist Margaret Murray at the age of ninety-nine declared in her The Genesis of Religion that the origin of the religious feeling occurred long, long ago when a woman first felt the mysterious quickening and attributed it to an unseen Power.

“If this method of transmitting life [i.e. pregnancy] is the origin of religion it is to the woman one must look for the phenomenon which first made her aware of that unseen Power. … Primeval Woman … received the first intimation of her condition at the quickening, and being unaware of the part of the male, she would regard that movement as the actual beginning of the whole process which culminates in the birth of the child. … This then is the phenomenon, individual yet world-wide, gentle yet startling, simple yet inexplicable, which is the basis of all religion, for in this way the woman became aware that, without her knowledge or consent, some Power had placed a living being within her body.”*

The quickening: the awareness of the Spirit within.

Music quickens me, and dancing, and painting, and photographing: the Spirit within me – and everywhere.