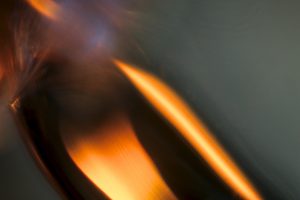 I’m thinking of the technically most skilled surgeon but also the most flawed. Time and again he would stand with his entourage at the foot of the patient’s bed and declare, “Well, you’ve got the cancer and you’re gonna die!”

We students and residents were shocked – and would afterwards to ourselves parody him perhaps to allay our feelings.

But what of the patients? So many of them so afflicted? As a patient in that surgical ward I saw them after the great man had left, his hatred done – until the next. It was after the ward lights were put out that I could hear, could feel, their silent suffering.

I think of Othello:

Why? Perhaps, basically, because of his own inner despair under the supreme grandiosity. His own suffering, his anguish.

Again I think of Othello:

I know not where is that Promethean heat
That can thy light relume.[2]

He went inside so many bodies – but never found the Souls, for he had never found his own.